Alright, a shittillion hours later and over a year after everyone posted their reviews for this game, here I am. This open world action-adventure role-playing game launched on May 19th, 2015, garnering over 10 million copies worldwide and some of the strongest reviews of this gaming generation. I know it’s super late, but what can I say? I made a promise to my fans long ago, and I’m a man of my word. Based on a series of fantasy novels and short stories by Poland’s Andrzej Sapkowski and set in the fictional Northern Kingdoms, this third installment concludes the story of Geralt of Rivia. Geralt is a witcher, a genetically modified being who is hired to slay monsters and deal out people’s problems. After experiencing a nightmare, he goes with his mentor to find his long-lost lover, Yennefer. They must reunite with their adoptive daughter, Ciri, a powerful witcher who is being pursued by the titular Wild Hunt, a group of spectral elves whose presence marks the end  of the world. But Geralt and Yennefer must also try their best to avoid the bloody, ongoing war between the Nifilgaardian Empire and Redania. I loved how the world and story managed to combine elements from both Lord of the Rings and Game of Thrones. While it does create fantastical beasts and creatures, the people living in the Northern Kingdoms are either poor and miserable or wealthy and scheming for more power. The central plot is not about saving the world; it’s simply about finding your loved ones and trying to stay out of politics. And Geralt is not a hero or doing the things he does out of the goodness of his heart. He just earns money. Moving onto the scale and the visual style. The Witcher 3 has some of the most beautiful graphics, most believable character model expressions, and highly detailed environments I have ever seen. Though I couldn’t play it on my PC, the resolution and smooth framerate is unparalleled. And within this astonishing world, you get to ride around a huge landscape in the Northern Kingdoms. Although these locations are separate entities and not interconnected as I was lead to believe. But when all these locations are combined, it makes up what is perhaps the largest open world game to date. No offense to Skyrim; it, too is enormous in scope and scale, but this realm is said to be roughly 20% bigger. A key mechanic required for this task was fast travel, which was missing in the previous Witcher installments. Or you could ride around on horseback with your trusty, but stubborn-and rather dumb-horse, Roach. As for the gameplay, it’s much faster and more accessible than the previous two games. The combat can take time to gel, but with time and practice, it’s challenging and rewarding. There is an element of strategy with the weapons necessary and magic potions needed for certain enemies you encounter, creature or human. And this game surprisingly has a satisfying crafting system where you can collect items and have blacksmiths make some awesome sets of armor. It isn’t without it’s flaws. I would not recommend playing at Easy Mode because the A.I. of your enemies can get jittery at times. I felt like the crossbow wasn’t very useful aside from fighting beasts underwater or in the air. It’s impact on human beings just felt inconsequential. Speaking of underwater, the Witcher 3 allows players to swim around for the first time. But the controls and camera often felt awkward, even after the first several hours of experience. While on the topic of controls, if you’re playing this game on the PC, it is essential to play with a wired controller, because it’s just unplayable in comparison with the keyboard and mouse. Sure, the game has its fair sure of glitches and crashes, but its pretty much standard for open world games these days. Plus the game now is so polished, it’s in shing mint condition. Despite the bugs and controls, The Witcher 3: Wild Hunt is an ambitious, personal, and epic video game that improves on nearly every aspect of it’s predecessors. It touches upon a wide range of sociopolitical themes, and set in a vast world with fascinating characters and multiple solutions to complex problems. In short, The Witcher 3 is one of the greatest RPGs ever made. 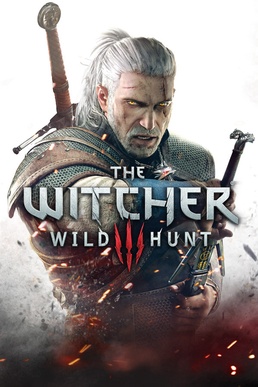