*Mild spoilers spread throughout. Certain plot points are hard to discuss without getting in-depth.*

What’s the point of a slow movie week if you can’t use this time to review an epic series like Lost? I know going into this that I’m going to say everything I have to say. I have a LOT to say about this show. If I forgot, feel free to mention it in the Comments. On that note, here we go. This supernatural fantasy mystery drama series ran for six seasons on ABC between 2004 and 2010, gaining wide critical acclaim and high Nielsen ratings. A heavily serialized show, it begins as a commercial airplane, Oceanic Airline Flight 815, crashes on a mysterious deserted island in the South Pacific during a trip from Sydney to Los Angeles. 48 people survived the crash, and now have to figure out their next move, while discovering the mysteries of The Island. Created by Jeffrey Lieber, Damon Lindelof, and J.J. Abrams, each episode also features a flashback sequence that reveals more about a specific survivor’s life before the crash. In all honesty, Lost was a very important and groundbreaking T.V. show. It was one of the first times that an episodic medium could tell an overarching story over the course of several seasons. It also managed to keep audiences emotionally invested in the fates of the individual characters, despite its large ensemble cast. Each member of the group was almost always likable, but they all had an episode or two where it was just them. Unfortunately for  Ken Leung, Miles’ episodes were in the last couple of seasons, when things got REALLY confusing. I’ll talk more about that later. I still remember the first time watching this series. For many shows afterward, it was clearly evident that they had borrowed some elements from Lost. But Lost, at the time, was one of the most mind-blowing things I had ever seen on either television or film. A dark, gritty tone set against the beautiful backdrop of the Hawaiian Islands, where it was filmed, was unheard of for me. And just when you think you can pinpoint certain characters, a curve-ball is thrown to sway your opinion. John Locke and Sawyer were arguably the most complex among the ensemble. Both appear one-dimensional at first but their backstories unveil two men’s pasts full of tragedy and conflict that makes you root for them so hard. The worst character, for me, was Michael. He just came off as annoying, self-interested and disregarding to the rest of the group, not just in season 1 but throughout most of the run. But the show wasn’t perfect and began making mistakes as early as season 3. They introduced the couple Nikki and Paulo, who were almost completely useless to the plot. The fact that they had their own central episode just frustrated me. Thankfully, they’re written out of the show rather quickly, and aside from a few mentions, you don’t have to worry about them anymore. Every character introduced to the cast afterward is handled in a much smarter way. They work because they’re actually relevant to the overall story and character development. And it’s not as intrusive or forced. I’ll tell what exactly made Lost hard to follow in the later seasons. The thing that keeps this show so intriguing is that you don’t know all of The Island’s secrets, and it’s arguable that the writers had similar corners to get themselves out of. Not only in season 3 do they rearrange the flashback formula, but they also shoehorn a love triangle between Kate, Jack, and Sawyer. The chemistry between the three actors is fine, but the way it was written made their arc feel cheesy and sappy. And with every big revelation on or off The Island, it was difficult to keep track of everything that ties together. The final three seasons have a complete change in tone and setting, and the fact that they are shorter than previously doesn’t quite give us enough time to understand. The writers then introduce elements as absurd as time travel, CGI monsters, resurrections, and then boom that’s the end. You may think that I just spoiled everything in the show; trust me when I say that I REALLY did not. Speaking of the end… we have to touch on the finale. Never in my entire existence have I seen a series finale that was so polarizing that it somewhat overshadows the quality of the rest of the show. I’m trying to keep it vague, but at the beginning of the final season a storytelling format is changed. It sparked many fan theories about the true nature of The Island and how the series would come to a close. They kind of played on the biggest theory but also attempted to umbrella the whole story under this revelation. You see how hard it is for me to talk about the ending without actually spoiling anything? Ultimately, you’ll walk away from Lost with more questions than answers. We still don’t know why there were polar bears in the first episodes, we still don’t know how old The Island truly is, The Numbers are completely ambiguous and the origins of the Dharma Initiative are still very vague. Though honestly, it’s a bit more fun to interpret these mysteries at your own discretion, and maybe it was intended that way. I know it may sound like I hate this show; quite the opposite. I love Lost from the bottom of my heart. I just had to get out my gripes about the series’ ending. Spanning 6 seasons, 121 episodes, a myriad of diverse characters, and an intriguing overarching story, Lost will go down in history as one of the best T.V. shows of the Second Golden Age. 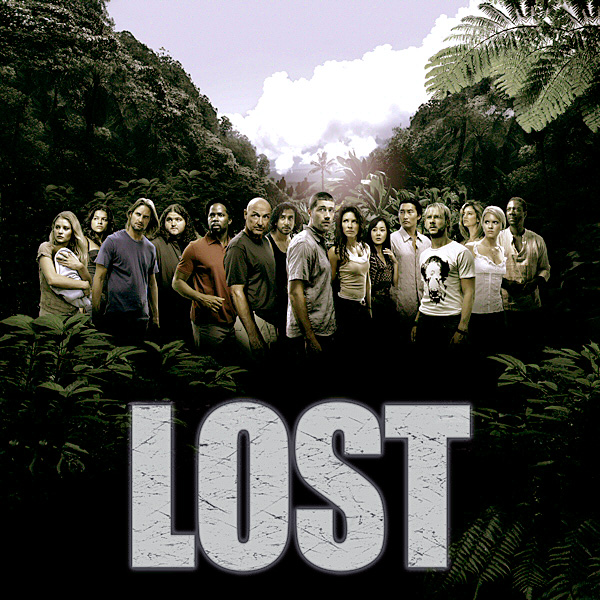