Damn it, Netflix. You’re $20 billion in debt currently, yet you continue to purchase and distribute original content to us. If you would slow down and give us quality like this, maybe you would be financially better. Oh well. This R-rated independent drama made a splash at this year’s Sundance Film Festival in the official competition. Shortly after its premiere, the online streaming giant Netflix acquired the distribution rights, one of many purchases at the event. Written and directed by Marti Noxon, the film is believed to have been inspired by her early battles with eating disorders. The story focuses on a young woman named Ellen who is struggling with severe anorexia, meaning she can’t eat food and she wants to vomit at the mere sight of food. Having run out of options, her family arranges for her to meet an unconventional specialist Dr. Beckham, played by Keanu Reeves. This specialist, refusing to let her give in, moves her into a house with other patients determined to fight their condition. So earlier this year, Netflix released the original teen drama series 13 Reasons Why. Many people loved it, but I saw it as a manipulative, insulting, and sometimes disgusting interpretation of its incredibly sensitive subject matter. It took the nature of teenage suicide and tried to make it into something intriguing and sexy, neither of which did any victims any justice. Because of that, I clicked “Play” on both this and the new series Atypical (Which may end up being a review soon) with serious hesitation. Would it take a taboo subject like eating disorders seriously or try to pander to the lowest common denominator? Thankfully, To the Bone falls into the former category. Lily Collins is an absolute revelation in the lead role as Ellen. Losing so much weight for the role, her character’s a complete wisecracking cynic. If they had gotten someone else for the part, she would have just come off as unlikable and insufferable. Thankfully, Collins’ subtlety and sharp tongue make a person we can understand and side with, even in her lowest moments. Alex Sharp plays one of the other patients, a ballet dancer who struggled to eat after breaking his knee. Despite his extreme optimism towards the other house members, you can tell that he mentally tortured himself and wants to better. Although he came off as a bit annoying at times, he really grew on me over time. Keanu Reeves, meanwhile, gives a performance totally unlike any previously in his action-heavy career. An uncompromising doctor with a fundamental sense of optimism, he at one point encourages Ellen to find the dispiriting voice inside her head and tell it “Fuck off voice.” His lines are the only bits of levity and balance in this film, delivered only the way Reeves could do it. That’s a relief because this movie is not a fun time by any stretch of your imagination. This is an absolutely bleak, mature, and sometimes disturbing portrayal of eating disorders, and refuses to pull any punches. Some critics have labeled To the Bone as corny or misguided in its approach to the subject matter. As a person who has actually met people with eating disorders, I can say without a shadow of a doubt that this movie is not corny at all. In fact, it accurately portrays not just how Ellen reacts to her own sickness, but how her loved ones deal with it, and the results aren’t always easy to watch. Let’s talk a bit regarding the technical side of everything. Cinematographer Richard Wong frames the picture with precision and focus, often giving us wide takes of the dinner table or at group meetings. It allows for us to have a good view of everyone involved. My favorite scene in the entire movie came when the Beckham and patients visited an underground waterfall with a small natural light at the side. It was a gorgeously shot and directed moment that gave the characters a glimmer of hope. It also went down to the song “Water” by Jack Garrat, and witnessing Sharp’s dance moves to it was perhaps the one part of the movie that made me smile. Lili Taylor is an extremely underrated actress, having proven her worth on the excellent show Six Feet Under. In this movie, she plays Ellen’s biological mother, who hasn’t been a major part of her life for quite some time. She tries to offer her support to her, culminating in a beautiful scene near the end of the film. On paper, it would sound kind of dumb and awkward, but the way it’s executed completely floored me. In fact, would dare say that it is one of the most emotionally powerful scenes of the entire year. I will say, I don’t think I could ever watch it again. As relevant and well-made as it is, I feel it was too powerful an experience to have more than once. Also, some things that happen late in the film feel a bit tacked on and forced, almost like they could have been left on the cutting room floor. I don’t consider this movie to be perfect by any means. Even so, To the Bone is an unflinching yet empathetic look at a highly undervalued problem. The writing is already great, but it’s the performances of Lily Collins and Keanu Reeves that make it what it is. Be warned of how challenging it can be for those with a weak stomach. 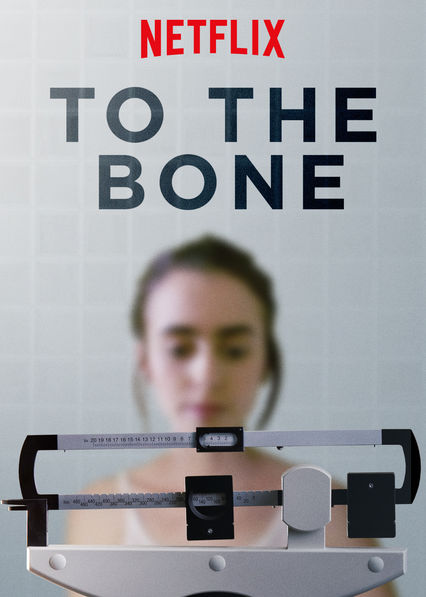