Let me just come out of the gate here by saying that I love you guys. I did this review for you and your entertainment. Just keep that in mind. This so-called erotic “romance” was released worldwide on Valentine’s Day of 2015, grossing over $571 million(!) at the box office. That means it was breaking several box office records for both an R-rated movie and a movie released in February. And it opened in 3.646 theaters. Based on the novel by E.L. James, my guess is that you already know the plot synopsis for this movie. A young woman named Anastasia Steele takes over her sick friend’s interview with Christian Grey. Grey is a billionaire entrepreneur who is secretly into BDSM- bondage, domination, and sadomasochism. They begin a relationship of sorts and begin going into this world of eroticism and control. Look, I’m going to be completely honest with you guys: I actually read the book before I watched the movie Fifty Shades of Grey. Yes, I did a double whammy here. Why? you might ask. For two reasons. 1) Morbid curiosity sometimes takes over my better instincts. 2) I am a fucking idiot sometimes. But seriously, I gave this book/film a genuine chance to surprise me. I had heard all of the negative press going in. It was quite shocking honestly. And I figured it couldn’t be as bad as I heard it was. I mean, make no mistake, there’s only so much that can be expected of a movie that’s based on a book that started out as Twilight fan fiction that was written on the author’s Blackberry. (Look all that up, it’s real, and it shows) Unfortunately, much like my experience with Manos: The Hands of Fate, there’s absolutely no reason to like this movie and was even worse than all of the tales had suggested. The leads in the movie, as attractive as they may be, share zero chemistry whatsoever. I have seen Dakota Johnson and Jamie Dornan be great in other roles, like The Fall or The Social Network. But good God, they had no conviction to for their roles here. Their laughably written dialogue and banter didn’t help much either. The amount of people and drafts the script went through and still managed to get lines like “I’m fifty shades of fucked up” or “I can’t bear to hurt you because I love you” is simply incredible. The main female is one of the weakest female characters I’ve ever seen in a feature film and/or novel. She seriously is going to keep going back to this guy even though she hates being slapped and beaten in BDSM? How am I supposed to like this woman if she is a complete and utter idiot? The man, meanwhile, is a total creep who wants to control her, despite having only bumped into her a couple times to justify their relationship. Actually, let me correct myself: he warns her every so often that he’s not the man for her, and yet they keep going at it. And yeah, how about the sex scenes? With so much hype surrounding it, and virtually being the only thing driving the plot, you’d expect the sex scenes to at least to be passably interesting. They’re explicit for an R-rating, for sure. But if it really wanted to go full Blue is the Warmest Color for its audience, it should have been rated NC-17. (I apologize for comparing this pile of shit to Blue is the Warmest Color. Call it an insult if you want.) But since they want to make money, they just settle for something that teenagers can see. Instead, for the (And I’m being generous here) three scenes where it does actually happen, it’s just passionless intercourse cut together with contemporary pop songs. It was so awkward and dull, despite ample nudity. The least a movie about eroticism could do is make me feel excited at two attractive people taking off their clothes and having sex for about two hours. But it’s too horrendously boring to be sexy and features too much plot to be called a piece of pornography. It wants to be theatrically and be judged with the big boys? We are going to judge this as a movie. I can’t go on any further. I’m too mad and angry to keep chugging out words to describe how truly awful this “film/book” is. It is, hands down, one of the worst movies I have ever seen in my entire life. Believe the horror stories. Fifty Shades of Grey is a boring glorification of abusive relationships masquerading as a romance. Even members of the BDSM culture have taken offense to this movie, which is really saying something. If you really want to watch two young millennials getting it on in a steamy, sexy way… just watch Blue is the Warmest Color or any number of PornHub productions. I will never understand why so many single women find this so appealing. And we’re getting two more of these. (Three depending on if they split the last part into two halves) But look at it this way: As long as there’s one of these infecting theaters near you, I will be there to inform you of its terribleness. Am I looking forward to it? Nope. But I’m all about balance in the world. 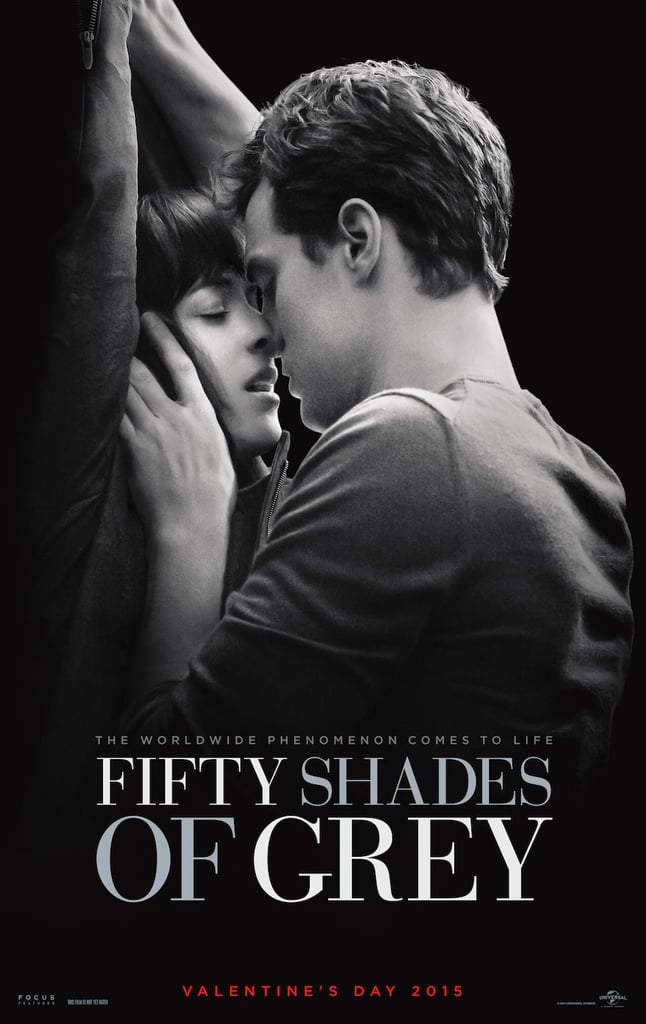