Well, isn’t this just the year of Stephen King adaptations? Unfortunately, not all of them can be a hit. This science fantasy western from director Nikolaj Arcel was released worldwide on August 4th, 2017, earning back less than half of its $60 million budget. The film was in development hell for many years, with directors like J.J. Abrams and Ron Howard attached as director at one point in time. Howard stayed on as a producer, while Arcel was hired to take his spot. Then the cast was officially announced in March of 2016, and the product was finally moving forward. Based on the titular series of novels, the 95-minute story follows a young kid from New York named Jake Chambers, played by Tom Taylor. He dreams of another world other than this one where an order of peacekeepers called the Gunslingers are trying to protect a mythical Dark Tower and is accidentally brought into it. Becoming the apprentice of the last Gunslinger Roland Deschain, played by Idris Elba, the boy and Roland must trek across Mid-World to protect the center of the multiverse, the Dark Tower, from the evil Man in Black. Look, I fully know about the depths of crap this movie has been dragged through over the course of the last year. Before the marketing campaign even started, it already went through a laundry list of production problems and setbacks. The trailers were pretty bad, there wasn’t a huge leadup to the release, and King himself oscillated between supporting the film and maligning it. But, as a big fan of the books, essentially the series that got me into the author in the first place, I remained ever the optimist. Now to start out, The Dark Tower is not as awful as some critics would lead you to believe. There are some moments that are genuinely entertaining. And I was actually okay with the announcement that this would be a sequel to the first novel rather than a full-on adaptation. The book is so massive and complex that adapting it is virtually impossible. But it also took elements from the third and fourth novels and threw them in an hour-and-a-half blender. And the resulting product we’ve been given is barely coherent at all and hardly does justice to King’s source material. Former Luther star Idris Elba plays Roland Deschain and does pretty well on his part. He’s not in the film as much as you might think, but he turns out to be a badass shooter. A training scene where he recites his order’s Creed is rather inspiring. The real star is newcomer Tom Taylor as Jake Chambers, who honestly carries the film on his back. You can actually care for his problems and pulls off some real emotion during some scenes. He comes off as annoying sometimes, but he’s not the problem. The problem lies with Matthew McConaughey’s performance as the Man in Black. A recurring villain in most of the author’s work, he is supposed to be this frightening yet charismatic trickster who’s wholly unpredictable. In this movie, he’s been reduced to an omnipotent wizard acting like Grand Moff Tarkin. I honestly can’t tell if McConaughey didn’t care about his character or if he got bad direction from Arcel. And while Arcel is clearly a great director of dramas given his filmography, he needs to learn how to film action scenes better. The editing job from Dan Zimmerman and Alan Edward Bell is very choppy, even during some of the tamest scenes. Sometimes, it seemed like it was trying to hide the bad CGI. Other times, it looked like they were under pressure from the studio to keep it at a PG-13 rating. It also doesn’t help that the cinematography by Rasmus Videbæk is too washed-out and murky to appreciate the fascinating world on display here. There are endless landscapes in this place, but they look so dull that you’d never want to see it again. The musical score by Tom Holkenborg A.K.A. Junkie XL, is a decent but ultimately forgettable one. And similar to a few other movies released in 2017, The Dark Tower is desperate to launch a shared-universe franchise. For those unfamiliar with Stephen King, virtually all of his stories take place in the same universe with little Easter Eggs hidden in them. This movie tries to take advantage of that but forcefully shoves in references to The Shining and IT. That is, of course, when things are actually happening. A story like this deserves a serious treatment with a runtime of at least 2 hours and 15 minutes. Instead, Columbia Pictures took what’s essentially The Lord of the Rings set in the brutal Wild West and turned it into a half-baked action movie served cold for the slump of August. While there are some nice moments, The Dark Tower wastes a powerful story in favor of incomprehensible action and bloated franchise-building. It’s too incoherent for newcomers and it’s too simplistically far-off for established fans. Here’s hoping that someone can actually take this failure away and do the books justice in the future. Now that’s a reboot I’d pay to see. But until then, any man (or woman) who defiles this series has forgotten the face of their father. 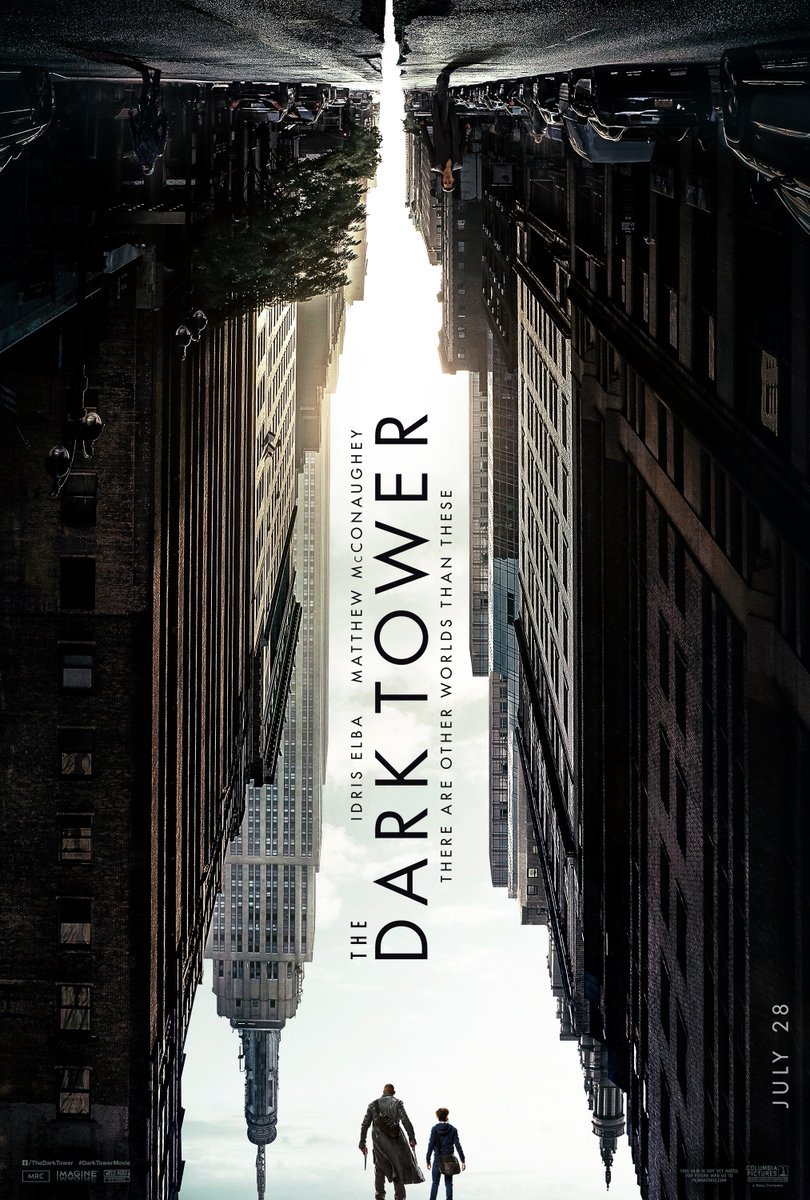