There are two types of people in this world: Those who believe that Die Hard is a Christmas movie and those who do not. I’ll let you decipher which camp I fall under. This holiday-themed action classic was released on July 15th, 1988, and went on to earn back over 10 times its $28 million budget at the box office. A critical success, the film spawned a lucrative franchise including 4 sequels and 6 video games. Directed by John McTiernan, the same man behind the original Predator and The Hunt For Red October,  the script was shopped around to various established action stars. After they all turned it down, then-comedian Bruce Willis took it up for a surprising salary, changing the entire course of his career. Based on the novel Nothing Lasts Forever by Roderick Thorp, the superbly simple story follows an NYPD cop named John McClane who travels to Los Angeles to be with his family for Christmas. In a last-ditch attempt to save his marriage with Holly Gennaro, he goes to her company’s Christmas Eve party at the Nakatomi Plaza when, all of a sudden, a team of German terrorists led by Hans Gruber takes over the entire building. Managing to slip away, McClane must fight off the assailants to save everyone inside and also get help from the authorities. Everyone, no matter who you are or what your tastes may be, has a movie that they like to watch every holiday season. Maybe it’s something you like to sit down with your family to enjoy or perhaps a guilty pleasure that you want to hide from loved ones. It doesn’t matter as long as you have that one special picture. And while I could go on about my love for National Lampoon’s Christmas Vacation or Gremlins, nothing will beat watching Die Hard before unwrapping the presents underneath that big green tree. What makes it a Christmas movie, though? Yes, it’s not traditional in that the characters don’t scramble to get each other presents the night before it all. But, in the most unconventional yet entertaining way ever conceived, we get to witness the true spirit of Christmas come into play with the plot. To me, it evokes the importance of being together with the ones you love even in the most bizarre and incomprehensible situation possible. Does it shake things up with bullets and guns? Yep. And glass. Lots and lots of glass. There are only a handful of actors who were born to play certain roles; Bruce Willis as John McClane is among those titans. Despite his badass nature, he gives the character shades of relatability with a sarcastic wit and a genuine desire to reunite with his family. Opposite him is the late Alan Rickman as Hans Gruber, who subverts the typical action movie bad guy who’s simply villainous for its own sake. His sarcasm and intelligence bounce off of that of Willis perfectly, making for one of the truly great cinematic duos of hero and villain. But that’s not to discredit everyone else by their side, who make do great in what have since become genre archetypes. Cops trying to figure out what’s going on from the outside? We have The Breakfast Club‘s Paul Gleason and Reginald VelJohnson as the Deputy Chief and a bumbling-yet-lovable Sargeant, respectively. How about the menacing right-hand man of our main antagonist? Alexander Godunov covers that basis as Karl. Hell, do we want a snobby reporter making things worse just to have headlines? William Atherton basically reprises Walter Peck from Ghostbusters. As far as technicality goes, the team behind the scenes lend some extra helping hands. Jan de Bont’s fluid camerawork is an antithesis to the shaky, cut-to-shit style of most genre movies in recent years. We see everything that is necessary to know in a scene at any given time. And his use of lighting is damn-near haunting, especially in the second half when the hay really hits the fan. But the real miracle workers here are both John F. Link Frank J. Urioste with their immaculate editing. The precise cuts and movements between smart angles keep the story advancing constantly for the 131-minute runtime. The way it cuts back between the intense shootouts indoors with the red tape-laden politics of the law enforcement outside increases the stakes without ever losing what makes it personal. There are copious amounts of blood, and the two of them never shy away from it or any of its R-rating. And because of these characters and scenarios, screenwriters Jeb Stuart and Steven E. de Souza have crafted an absolutely iconic action movie template. If it were to come out today, critics and audiences would label it as unoriginal and watered down. That should give some great context to its impact. Many action movies afterward (Including some of its sequels) mimicked its style. Olympus Has Fallen? Die Hard in the White House. Air Force One? Die Hard on a plane. Escape from New York? Die Hard in a dystopian city. (Okay that one’s pushing it, but you get the point) But unlike almost all of those imitators, there’s almost nothing trite or dumb about this movie. The script is tightly focused on one location, the characters are always given something to do, and there are virtually no gaps in logic. In other words, this movie is pretty much perfect. Following an unpredictable screenplay with fully realized characters and boasting a decades-defining premise, Die Hard is a true genre original with plenty of holiday cheer. It has since become one of my premier traditions this time of year and perhaps my favorite. Die Hard is my favorite Christmas movie of all time and no one can change that. Yippee-ki-yay to one and all, and to all a good night. 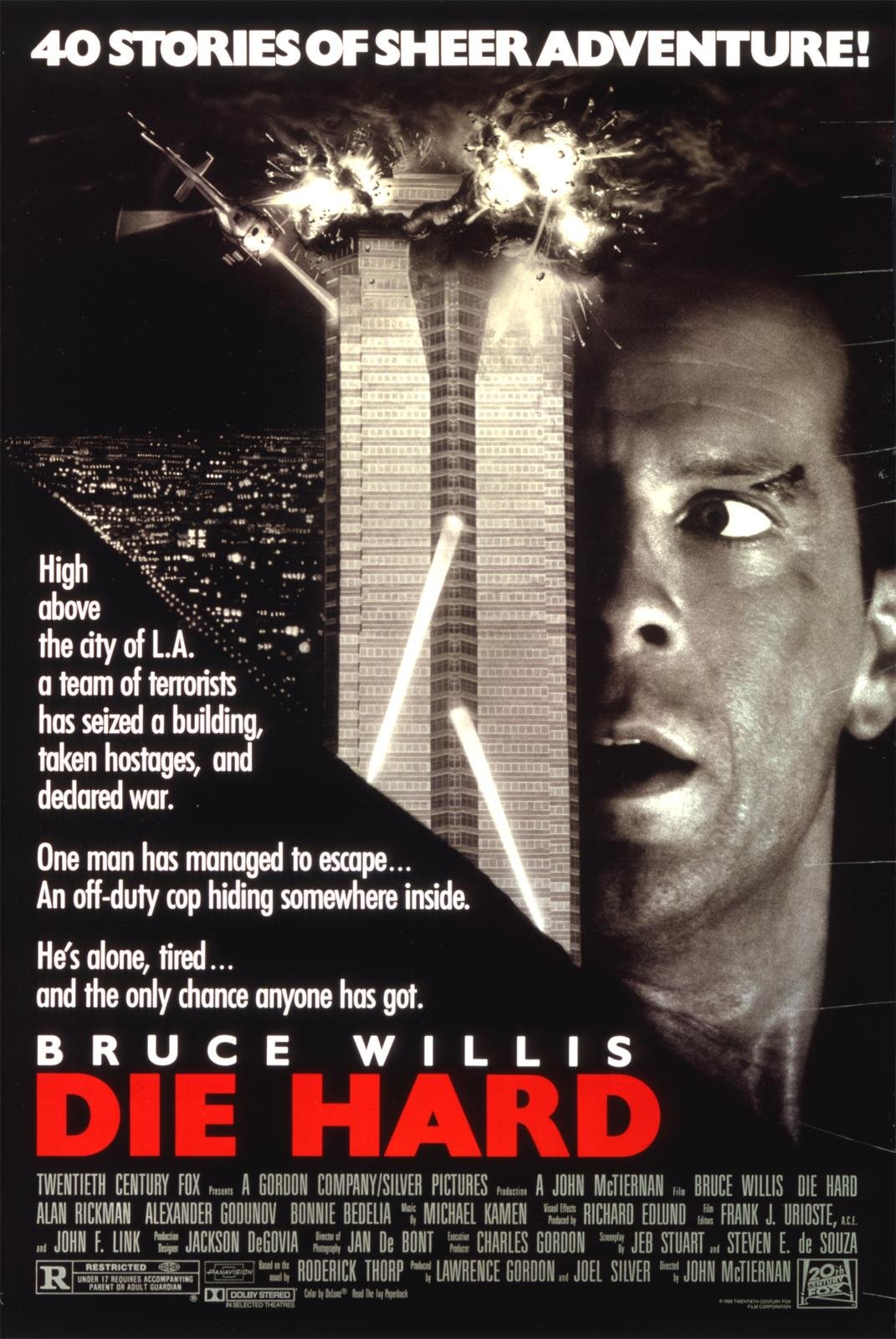