Another S. Craig Zahler film has come our way. Another instance of me wincing at the horrific violence on-screen. And yet another time when I can’t look away from it and actually have fun with it. This director knows just how to mess with me. This gritty action drama thriller first premiered at the Venice International Film Festival on September 2nd, 2017. After subsequent screenings at both TIFF and Fantastic Fest, it was released in select theaters on October 6th, 2017. While actual box office numbers are uncertain, because it premiered on VOD platforms a week later, it’s believed to have sold quite well. Having previously won success with his Western horror Bone Tomahawk, writer-director Zahler apparently knew exactly the type of movie he wanted to make next. After a series of unfortunate circumstances, drug courier Bradley Thomas, played by Vince Vaughn, is sent to prison where he immediately becomes undesirable. Soon, he’s informed that he is forced to kill a fellow inmate in Cell Block 99 in order to save his pregnant wife. Just as with his debut feature Bone Tomahawk, this plot can be easily summarized in two sentences, which I love. S. Craig Zahler proves to be the rare writer-director in this day and age who truly understands the power of simplicity. And because this story is simple, he’s able to find a way to punch through and get to the entertainment value with ease. Sure, it takes a while to get to that point, but the wait is well worth it. The biggest audience that he’s going to rouse up are fans of the Grindhouse Era. For those who want to know, “Grindhouse” refers to a specific type of action movie, typically coming from the 1970’s. They were all dealing with dark, brutal subject matter in badass yet playful ways. And yet most of them were made in poor quality and covered up that fact by showing multiple releases back-to-back. In some cases, it bordered on exploitation. Zahler seems to have an affinity for these so-called “cult classics,” as Brawl in Cell Block 99 dons the coat of an intense prison drama yet revels in all the genre violence fans could want. There’s a guy whose face is de-gloved when being pushed against the concrete floor. If that sounds like too much for you, don’t bother with this one. For anyone else, you’re going to fall in love. Vince Vaughn has proven himself in both comedies and dramas, but this is easily the best work of his career. No one else could have played this stone-cold man who hides his emotions very well, but still shows us how tortured he is in moments of quiet. When asked by a counselor whether or not doing time would do him any good, he sarcastically remarks, “Prison will give me plenty of time to look at guys I don’t like.” Former Dexter star Jennifer Carpenter is also quite good as his pregnant wife Lauren. She manages to break out of the simple archetype and never loses her wits, even when the bad guys have taken her. Meanwhile, the two villains are portrayed by Udo Kier and former Miami Vice star Don Johnson, who do malevolently excellent work. Both are comfortable veterans of this genre, and just as with the Troglodytes in Bone Tomahawk, you really grow to hate them both. And for a movie homaging trash cinema from the 1970’s, there’s a surprising strength in the technical aspects. The production design lends itself well to the brutal environment of prison, which becomes more decadent as the story moves along. This along with the simplistic costumes add a lived-in feeling to the world. Cinematographer Benji Bakshi frames all of the scenes with beautiful, elongated wides capturing everything on-screen. A scene where Bradley tears his car apart with his bare hands in just a few different takes is as riveting as it is terrifying. The sound design is equally effective. Depending on what speaker you have, you’ll be able to hear every bone crunch and every punch land on the flesh. Stylistically, it’s fairly similar to John Wick. But whereas that neo-noir actioner had a lot of precise choreography, this one is really about a big dude pummeling his way through anyone standing in his way. What enhances the intensity even more is the fact that during these sequences, there is no music playing. No original score, nothing sentimental. But in other instances, the soundtrack will play off of some funky big band tune from the 70’s or 80’s. In a way, this choice further reinforced its simplistic, understated style. They were fun to listen to at the moment, but I’d be lying if I said I remember the names of the artists. As with Bone Tomahawk, the biggest issue facing this film is the pacing. It spent a surprising amount of time in the first half setting up its characters and story. That was all fine and dandy for making me care about Bradley Thomas, but with all the long takes, I feel like it went on a little too long. Some fat could have been trimmed in the editing. And there is one shot of what is clearly a mannequin standing in for a human being near the end. You could argue that it was to further homage the cheap nature of the Grindhouse Era. But to me, it just became rather glaring. Despite some uneven pacing, Brawl in Cell Block 99 is still a gritty, badass slice of pulp entertainment anchored by an incredible lead performance. 100% unapologetic for its brutality and finding veils of light beneath the dark subject matter, it’s not for the faint of heart. But for those wanting something outside the box of the industry, you’re going to have a total blast with this movie. S. Craig Zahler was already a talent to watch, but now he has my attention for any of his future projects. 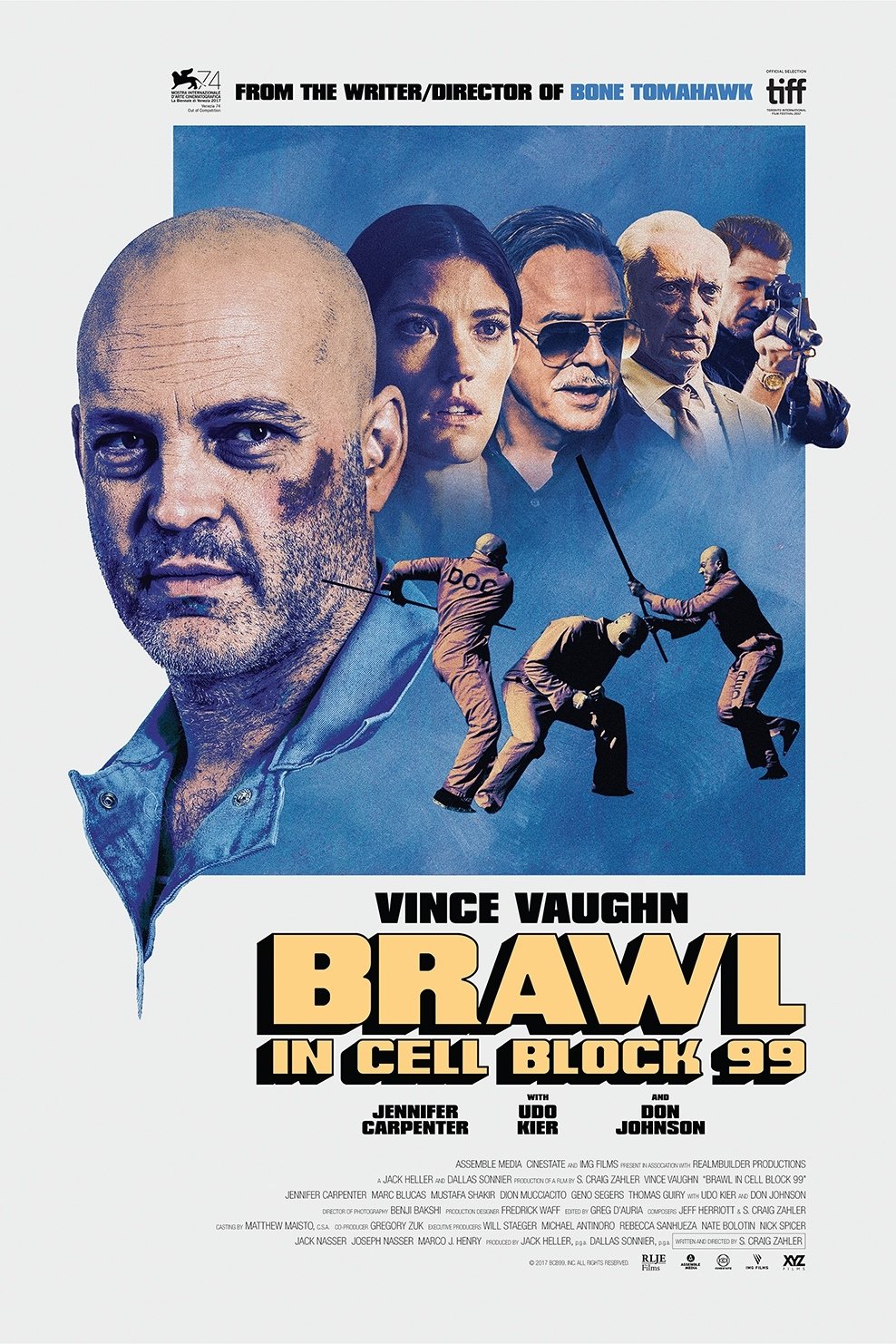