Alright. I’ve got some unusual spare time on my hands and have found a love of organizing “Favorite” lists. As with the previous ten, this is a subjective list and I can understand why some people may hate these movies. (For the most part) Now let’s get down to it with the next batch. 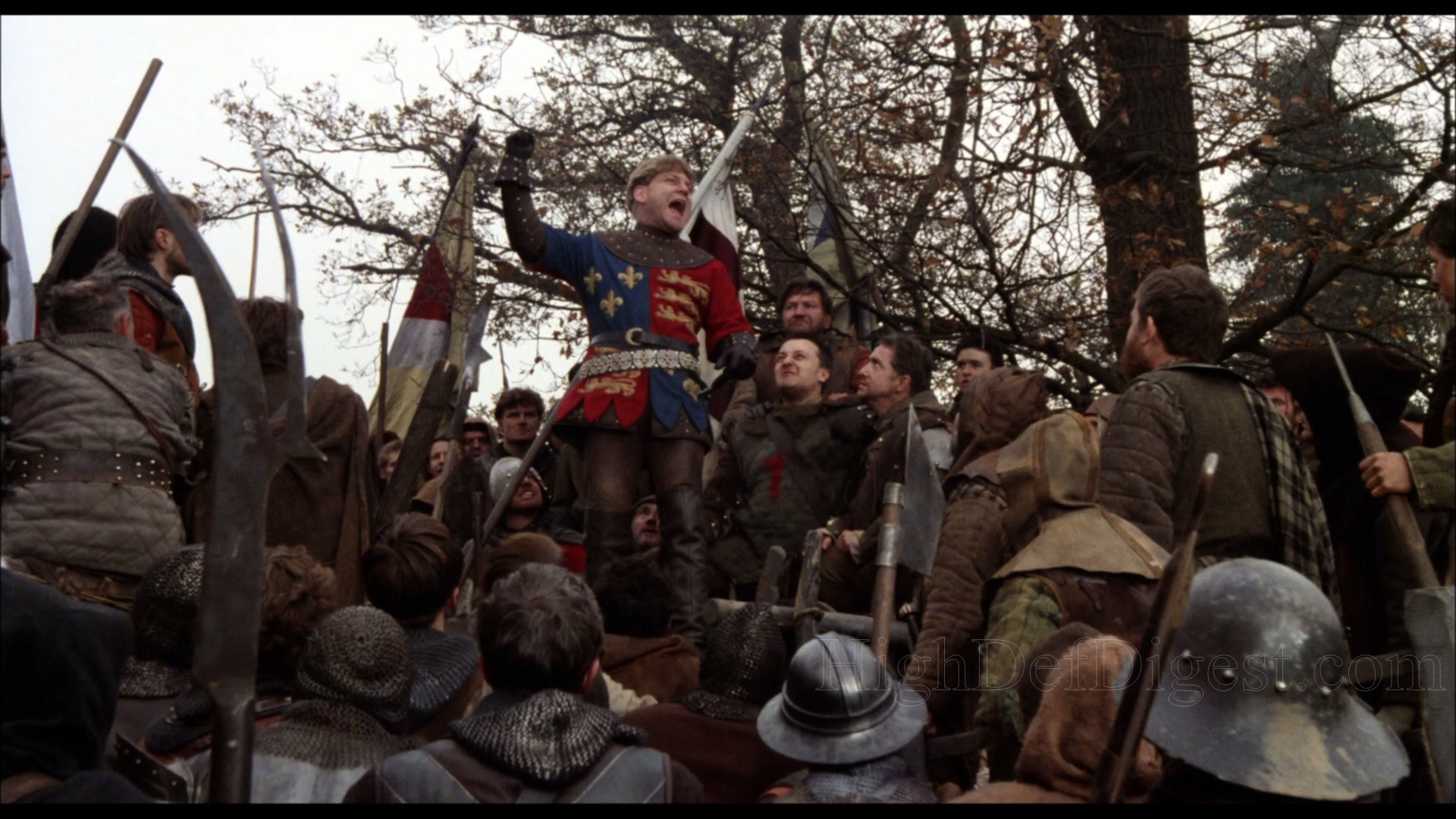 William Shakespeare has had a long and inconsistent history of his work being adapted for the big screen. In my opinion, not only is Henry V my favorite story of his, but Kenneth Branagh had a better understanding of him than most other filmmakers. Sure, there’s a lot of theatricality thrown in there, but it still works because of his and his cast’s utter reverence for the source material, delivering the dialogue and monologues with total authority. And the historical Battle of Agincourt centerpiece is a thing to behold. As a former member of my middle school’s jazz band, some parts of this movie seemed unrealistic or unnatural. As a feature film, however, Damien Chazelle’s Whiplash is one of the most intense and anxiety-inducing movies I’ve had the pleasure of watching. The theme of an artist trying to prove his passion to people who don’t understand or respect him hits deep in my personal experience. It all culminates in one of the best and most emotionally powerful ending I’ve ever seen for a movie. Plus, J.K. Simmons is nothing short of a revelation in the foul-mouthed role of the teacher. If only my own band directors were that committed or passionate. I knew the first time I saw Deadpool, just from the opening credits sequence, that I was in for a different kind of superhero movie. What I didn’t expect was how much and how hard the film made me laugh in the theater. A nonstop barrage of meta-humor and perfect timing from the cast- especially a career-best Ryan Reynolds -makes things enjoyable, but definitely not family-friendly. Then again, it was never meant to be.

Yet another Damien Chazelle picture to make this list, this movie proved to be the perfect antidote we all really needed. I recently saw it again at a live concert where an orchestra played the beautiful music by Justin Horowitz as La La Land was playing. Plus, the film featured a realistic love story between both Ryan Gosling and Emma Stone, a refresher in the midst of its wonderful tribute to a seemingly bygone era of cinema. A fantastic blueprint for a new generation of musicals, everyone involved here has done both Gene Kelly and Jacques Demy proud.

This movie is just so much fun. Way more fun than it had to be, actually. I remember my friends and I were all concerned that maybe Marvel Studios had finally flunked it with this picture. Instead, Guardians of the Galaxy proved to be one of the biggest cinematic surprises I’ve ever had at a movie theater. It does noticeably suffer from a very weak villain and a few rushed scenarios, but Groot and Rocket Raccoon make up for that in spades.

This is one of those movies that could have been a complete and utter misfire if it were put in the wrong hands. Make no mistake, director Gus Van Sant does have a heavy hand in most of his films, but he practically takes backseat to let Matt Damon and Ben Affleck’s brilliant screenplay breath. That scene on the park bench is iconic and uplifting, no matter how many times you’ve seen it. Good Will Hunting almost makes me want to become a math major over in Boston. Almost.

It’s really a shame that this film failed to strike up much buzz on the awards circuit and seems to be in danger of being forgotten. We shouldn’t let that happen. What writer-director Dan Gilroy crafted here is a scathing indictment of the lengths that the media, particularly late-night news, go to get their ratings. Jake Gyllenhaal gives one of the best male lead performances of the last few years as a determined sociopath, completely disappearing behind his fast words and hair gel.

Let me get this out of the way really quick: I’m well aware of how historically inaccurate this movie is and am still uncomfortable over Mel Gibson’s anti-Semitic comments. Setting those two (admittedly glaring) issues aside, the man gave us Braveheart, a gloriously epic tale about one of the most inspirational heroes in the world. For what it’s worth, the movie does a fine job at portraying his motivations and consequences of his action. But it’s the breathtaking battle sequences that truly sell it all. Real armies, tons of chopped limbs, rousing speeches. They may take my life, but they’ll ever take my love for this movie. At least, for now.

This is going to sound a little nuts but Lawrence of Arabia is the film that sparked my serious interest in filmmaking. I still vividly remember sitting down in an old, musty theater and watching this masterpiece being projected on 70 mm film. So why does it rank relatively low on this top 100, you may ask? Well, to be honest, it has been a very long time since I’ve seen it and I’m not sure how well it would hold up on repeat viewings. Nevertheless, David Lean’s definitively epic historical drama is a true classic worthy of all the recognition it has gotten and will get. It’s one of the only times where I can truly say, “They don’t make them like this anymore.”

The Revenant left me feeling cold the first time I watched it, and I don’t mean that in a figurative sense. Like seriously, as the film went on and the plot kept progressing, I really felt like I was trapped in the wintry wilderness of the Dakotas. That’s the level of power and immersion Alejandro Gonzalez Innaritu pulled off with this harrowing story of Hugh Glass. Yes, Leonardo DiCaprio gives an incredible lead performance that deservedly won him his long-overdue Oscar. But the real star is Emmanuel Lubezki with his awe-inspiring cinematography, even more astounding when you consider it was all captured in natural light. I still have no idea how they pulled off the bear attack scene, one of the most grueling brawls in movies ever.