The universe is under no obligation to make any sense to us, no matter how ludicrous something may seem. This philosophy allows me to better comprehend politics, whether it be in the Kremlin, the White House, or elsewhere. This dark political satire was initially screened at the 2017 Toronto International Film Festival before finally releasing in theaters on March 9th, 2018. While it has grossed over $14 million at the worldwide box office, the film caused significant controversy and was officially banned from Russia, Kyrgyzstan, and Kazakhstan. (No surprise here) Directed and co-written by Armando Iannucci, the man behind the HBO comedy Veep, the film was apparently born out of a visit the filmmaker made to a hotel in Moscow. He was particularly fascinated by how former Soviet leaders still had portraits up on walls while someone like Hitler was trying to be forgotten by history. He’s also made clear that he had to tone down a lot of real-life facts because they were just too unbelievable to put in a movie. Beginning in 1953 Moscow, the film mostly focuses on the political machinations within the Soviet Union. At the height of the U.S.S.R.’s powers, their revolutionary leader Joseph Stalin unexpectedly suffers a cerebral hemorrhage and dies. Soon after, it primarily becomes a power battle between Minister of Internal Affairs Lavrentiy Beria and Communist Party Head Nikita Khrushchev. The well-being of Russia is caught up in the fight and soon both the military and the NKVD secret police clash heads as well. Although I haven’t watched Veep in its entirety, the handful of random episodes I have seen made me burst out laughing. Armando Iannucci had no fears about heightening the ridiculousness of American partisanship for both ends of the spectrum, creating some pretty hilarious moments. So the prospect of that show’s creator making a feature-length satire about Russian politics being released in theaters? That could be more appealing to someone like me. Especially with the ongoing controversy about their alleged interference in the 2016 presidential elections, it felt like we needed something to give us a little better insight. Thankfully, The Death of Stalin delivers that in spades. However, I feel the need to let you know that this film isn’t just line after line of nonstop, suffocation-inducing laughter. The trailers may make it look like a slapstick farce, but it’s actually a lot more serious than I anticipated. Iannucci holds absolutely nothing back here, allowing the audience to become awed by the utter lunacy of Communism. Yes, this does produce some pretty big laughs, some of which you’ll probably end up hating yourself for. But as far as the true context of the story goes, it’s surprisingly grim, nihilistic even. Obviously, there are a number of historical inaccuracies due to the satirical nature but is smart enough on its own to justify certain creative licenses. The funniest (And most absurd) license taken is that the whole cast speaks in English with their natural accents. This ultimately becomes a gold mine, especially when it comes to Khrushchev and Beria. Portrayed by Steve Buscemi and Simon Russell Beale, respectively, the two feel completely natural in their roles and manage to deliver some hysterical dialogue effortlessly. For the most part, we’re meant to be rooting for Khrushchev in the film, who actually draws a lot of similarities to another Buscemi role as Nucky Thompson on the HBO drama Boardwalk Empire. Other standouts include Monty Python alum Michael Palin as a staunch supporter of Stalinism, Rupert Friend and Andrea Riseborough as Joseph’s two volatile children, and Olga Kurylenko as a disgruntled concert pianist. My favorite one is Jason Isaacs as Field Marshal Georgy Zhukov, a key military player in the game. He’s heavily accented and looks like he’s having a blast playing an over-the-top general. And, continuing a trend started this year by Game Night, Iannucci is able to keep the audience’s interest and attention thanks to unique filmmaking. Zac Nicholson’s dynamic cinematography is much in the same style as Iannucci’s work on Veep, which frequently uses handheld cameras or sudden close-ups. This kind of vérité perspective does a great job of always keeping the audience involved in what’s happening, almost as if they’re a fly on the wall watching these events play out. A handful of scenes, such as mass soldier movement or the introduction of new characters, are shown on steady, fluid full shots. This makes a great pairing with the editing job by Peter Lambert, which knows just when to cut a shot. Rather than just doing a jump cut for every comedic punchline in the movie, we follow the subject and get great context at the horrors of the Soviet Union, such as citizens who are killed just off-screen in the background. The musical score is composed by Christopher Willis, whose previous work includes Veep and, strangely enough, the Disney Mickey Mouse House Shorts. His score is a fitting one for its era because it combines huge classical orchestras with deep vocals. Willis’ specialty with 18th-century music shows off in the big arrangements of strings and bellowing horns. Often, the tracks either match the grim imagery of the Communist regime or starkly contrasts it for hilarity. Although it’s early in the year, I am already willing to put this forth as a frontrunner for Best Original Score come next January. My predictions can often be wrong this early, but this soundtrack truly is that great. With ingenious direction, period-accurate costumes and sets, a fantastic cast, and a director that’s unafraid to hold back, The Death of Stalin is an uncomfortably relevant satire that spares no one. Even though it was undoubtedly hilarious, the fact that it dove into dark territory with its subject matter made me love it all the more. In case you ever doubted how ridiculous politics are, just watch this film. 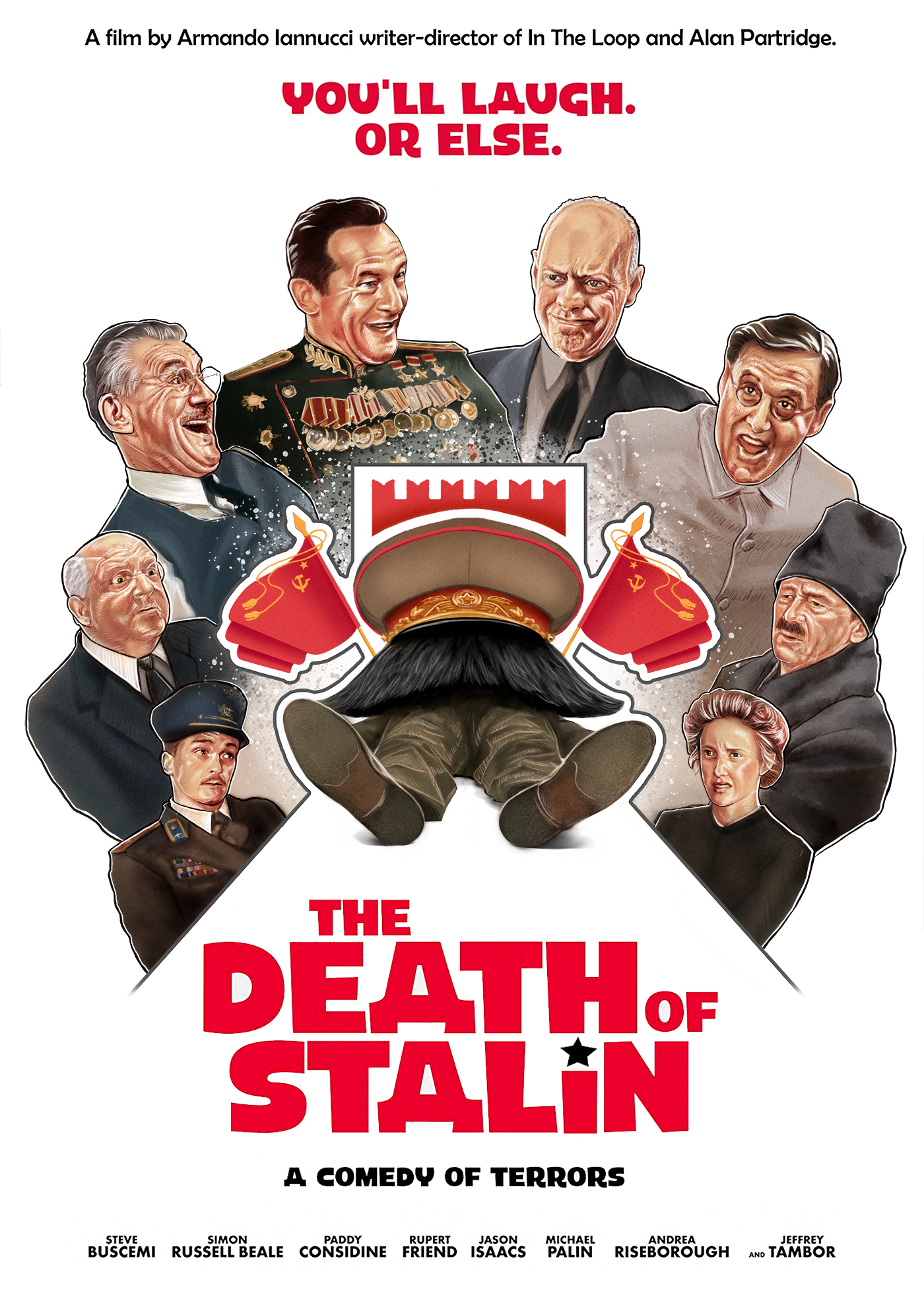 1 thought on ““The Death of Stalin” Movie Review”