If you suddenly had the chance to get back at the people who wronged you and your loved ones, would you? Regardless of what the collateral damage might look like?

After numerous delays, this action drama was released in theaters worldwide by Paramount Pictures on January 31st, 2020. Made for the budget of $50 million, it has drastically underperformed and only grossed about $6 million worldwide thus far. This is far below several predicted metrics, making it the worst opening weekend ever for a film released in over 3000 theaters. And in addition to losing the studio roughly $40 million, it hasn’t been graced with the best of critical reviews.

Directed by Reed Morano, the film is adapted from the novel of the same name by Mark Burnell, who also wrote the screenplay. The product apparently was so attention-grabbing that James Bond franchise showrunners Barbara Broccoli and Michael G. Wilson hopped on-board as producers. During production, the main star suffered a pretty serious physical injury that set the schedule back by almost six months while she recovered.

Blake Lively stars as Stephanie Patrick, a young woman in London still reeling from a terrible loss. Three years earlier, her whole family was killed in an international plane crash over the Atlantic and has since spiraled into drugs and prostitution to cope with the tragedy. However, she is recently told by journalist Keith Proctor, played by Raza Jeffrey, that the crash wasn’t an accident but in fact part of a larger terrorist plot. Over the course of the next several months, she begins developing fighting skills so that she can hunt down and kill every person responsible for the death of her family.

I had been somewhat intrigued by this film all the way through the various hiccups and delays. I’ve been a fan of Blake Lively as an actress for a long time, and in 2018, we got to see her give some really awesome work in Paul Feig’s A Simple Favor. The idea of her doing an international action flick from the same people behind the James Bond franchise sounded like an amazing proposition.

Although I haven’t seen her two previous features, I thought Reed Morano’s work on Hulu’s The Handmaid’s Tale was really impressive. And despite all the bad reception it was getting, I had hopes that she and Lively would be able to conjure something that was at least interesting. And in all seriousness, The Rhythm Section isn’t nearly as bad as some people say it is; there is some enjoyment to found here.

The story presented here practically begs to become a female version of James Bond, with the CIA and MI6 thrown in for good measure. However, perhaps the best thing about this film is that it avoids that temptation and becomes way more interested in looking at the weight of grief and futility of revenge. Stephanie isn’t a very competent spy, but that makes her feel all the more human as she tries to learn from her mistakes and break the barriers around her.

I think where The Rhythm Section loses a lot of people is that its style is very unconventional for a studio blockbuster. It occasionally moves back and forth between different points in time for Stephanie, which can make it a little frustrating to follow her journey. It’s easy to see why this movie hasn’t fare well at all with critics or audiences, but I definitely at least appreciate it for trying to subvert the norms of a traditional blockbuster, especially since it doesn’t seem interested in starting a franchise.

Blake Lively has been on a role in recent years, and it’s exicitng to see her branch out even further here. As Stephanie Patrick, she is a messy, broken woman who gave up trying to get closure for her family’s death a long time ago. When she gets caught up in a newfound conspiracy web, she becomes desperate to find out the truth and despite knowing she’s in over her head, she’s come too far just to turn around and leave.

Jude Law makes a similar impression as Iain Boyd, a retired MI6 operative who reluctantly helps train her. It’s clear that he wants absolutely nothing to do with the world of espionage anymore and only agrees to help Stephanie due to a personal connection with her case. He’s particularly unremorseful with her, having been desensitized to the worst humanity has to offer, and the secrets he carries make him intriguing.

Aside from these two, the supporting cast is made up of various actors who give hit-or-miss performances. This includes Sterling K. Brown as a highly resourceful information broker, Raza Jeffrey as the determined journalist who gives Stephanie a purpose again, Richard Brake as an infamous international gangster, Tawfeek Barhom as a potential suspect, and Max Casella as the man bank-rolling the antagonist’s plans. Each player has varying amounts of screentime and some leave more of an impression than others.

And looking the technical aspects, The Rhythm Section sees Morano still trying to find her own voice. The cinematography by Sean Bobbit opts for a more handheld, cinéma vérité style to capture the messy and frenetic nature of the protagonist’s situation. Stephanie is in nearly every shot of the film, putting us practically in her shoes as she goes on her bloodthirsty quest. There are many close-up shots and rack focuses, which does a decent job at capturing her state of mind as we learn about the truth as she does.

Joan Sobel’s editing job mostly serves this style well as it tries to keep up with everything happening on-screen. There are a handful of action scenes where it can be hard to tell what’s going on at first, but it soon comes into focus. There’s also a Terrence Malick-esque choice to occasionally cut back to snapshots of Stephanie’s life with her family, using a much brighter color palette. This might be one of the better stylistic choices the film makes, as it illustrates everything that was taken away from her.

Relative industry newcomer Steve Mazzaro provides the instrumental film score here. Like the rest of the film, it tries to provide something unique and different than most mainstream films offer in the genre. The majority of tracks use jagged, staccato violins and other strings to highlight the frantic pacing of the story. Alternatively, this primary sound is often manipulated either into a scene that’s very exciting or deeply somber. What really separates the two is the occasional inclusion of mild percussion or woodwinds sounds.

Taken as a whole, The Rhythm Section is a wonky but determined antithesis to traditional Hollywood spy films. It is far from perfect or even great, but Reed Morano still shows she’s got a lot of potential as a filmmaker who wants to stand toe-to-toe with the other major blockbuster directors of her generation. And Blake Lively proves why she’s completely deserving of a real franchise to lead and manages to deliver one of her most complex roles to date.

When it’s all said and done, I’ve got to give credit to Paramount and Barbara Broccoli and Michael G. Wilson for trying to create a unique counterpart to James Bond. It’s a bummer that it’s mostly likely going to get overlooked by most audiences, but hopefully that doesn’t deter studios from make more (And better) action dramas geared towards adults. 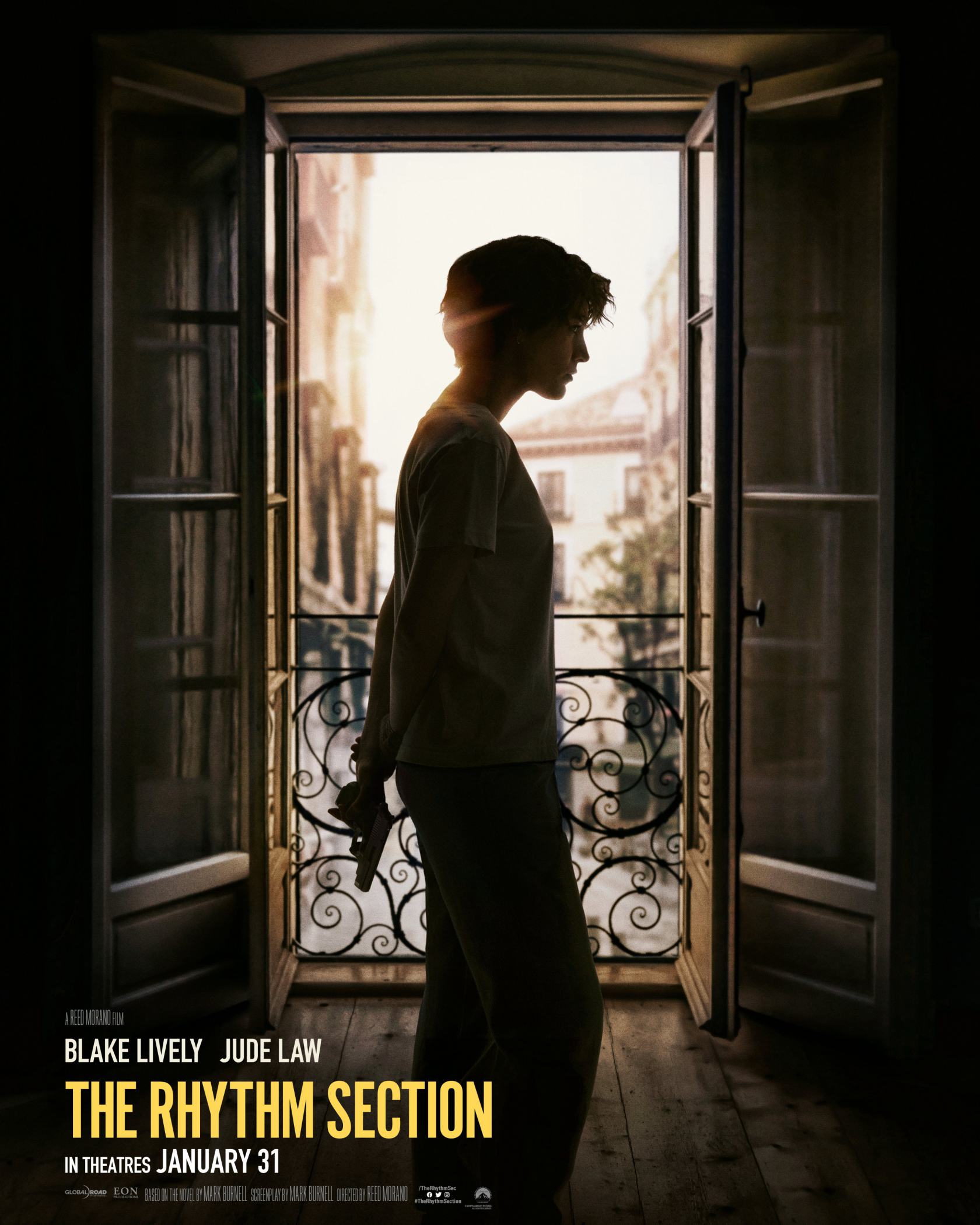