*Discretion: The Aurora, Colorado shooting is one of the most shocking, disturbing, and disgusting acts of violence I’ve ever witnessed against cinema. My heart and prayers go out to the victims and families of those who suffered.

Well, this is odd. Dunkirk has already been released in theaters, so the relevance of my Christopher Nolan film reviews leading up to it have virtually ended. So there’s really no relevance here in this review, but still. I had so much on my mind as I rewatched it recently that I still wanted to talk about it in-depth. Like to a spoiler degree. Consider yourself warned. The final installment of this gritty superhero thriller trilogy was released internationally on July 20th, 2012. Following the massive critical and commercial success of The Dark Knight 4 years earlier, this film went on to gross just over $1 billion worldwide at the box office. Accompanied by a mass viral marketing campaign, anticipation was so high that director Christopher Nolan had to verbally tell the actors the ending of the film to avoid any leaks online. It worked for me because I walked into the theater knowing absolutely nothing about the plot. Set 8 years after Harvey Dent’s murder was covered up for the better, Gotham City has become a quiet metropolis mostly void of crime. Bruce Wayne has been holed up in Wayne Manor, crippled and aimlessly willowing away on a cane with no further goal in life but to be alone with his butler Alfred. But now, a revolutionary called Bane, whose past is connected with Ra’s al Ghul has come in and swears to bring Gotham City to ashes. And now, Wayne must learn to become the Batman again in order to defend his deeply flawed city from burning to the ground. I’m just going to get this out of the way right now: The Dark Knight is one of my favorite films of all time in any genre. It was so much more than a comic book superhero film and became an intriguing crime drama with so much to say about the problems of modern America. So to say that I was eagerly awaiting a potential third film in this franchise would be the understatement of the decade. And fans of the trilogy are deeply divided on this one. Some love it, some hate it, and some just aren’t sure what to think of it. I don’t know how many followers I’m at risk of losing by saying this, by I gotta say I really like The Dark Knight Rises. However, if you find yourself as one of the people who hate this movie, I do understand where you’re coming from. But just hear out why I think it’s worth another look and your appreciation. Most all of the cast members from the first two films reprise their roles again here (R.I.P. Heath Ledger) The three new additions are Tom Hardy, Joseph Gordon-Levitt, and Anne Hathaway. Hathaway is her typical sexy self as Selina Kyle/Catwoman, an antihero who’s not quite sure who’s side she’s pulling for. Gordon-Levitt proves that he has come a long way from appearing in Halloween H20: 20 Years Later. He’s a new, honest cop who’s maybe a little too good at his job and wants to make Gotham a safer place than it already is. Tom Hardy is the real revelation as Bane, a menacing and unpredictable terrorist with an agenda. Carrying on the legacy of Ra’s al Ghul, he lives to see Gotham burned to the ground, even if it costs his own life. Now I’m going to do something I never do. After watching Red Letter Media’s (admittedly unfair) video listing some plot holes in the movie, I worked to find solutions to those problems. And now I’m going to list those problems and how I think they are answered. 1) How could Bruce Wayne get back to Gotham City in time to stop Bane and his army? In Batman Begins, we saw that he was capable of traveling across the world without any money to help him. He could have easily smuggled himself onto a ship or plane heading to the United States, then posed as part of the crew delivering food supplies. 2) How did Bane know exactly where to place the bombs? If you remember, Ra’s al Ghul once said that the League of Shadows has infiltrated every level of Gotham’s infrastructure- which could include people inside Wayne Enterprises. This isn’t a plan Bane cooked up yesterday; he probably spent years figuring out where everything was so meticulously. 3) How did Batman know exactly when to eject from the Bat to avoid the bomb blast? He had a T.V. is his prison, and likely watched the Gotham football game when Bane interrupted it. The scientist present said the blast radius was 6 miles, so that’s covered. 4) How could no one in Italy recognize Bruce at the end of the movie? Well, for one, just because so many people know your name doesn’t they know your face. And odds are, he used the “clean slate” along with Kyle to give himself a fresh start. 5) How could the police fight at the end when they should have been sickly, pale, and malnourished? One word: fiction. At the end of the day, no matter how realistic and gritty it may seem, this trilogy is ultimately based on a comic book series- where he battled mud monsters and ice men. Aside from all of that, you have to understand how deeply emotional this film is. Bruce Wayne may have hung up his cape and cowl, but he never moved on and tried to be a person. He’s stuck there, but can’t learn how to be good again. When Catwoman tells him that he’s given up everything for Gotham, he responds, “Not everything. Not yet.” Even though parts of the plot are questionable, The Dark Knight Rises is a grim but triumphant conclusion to a beloved trilogy. And you know what? You kind of have to turn your brain off to fully enjoy it. Please don’t kill me. 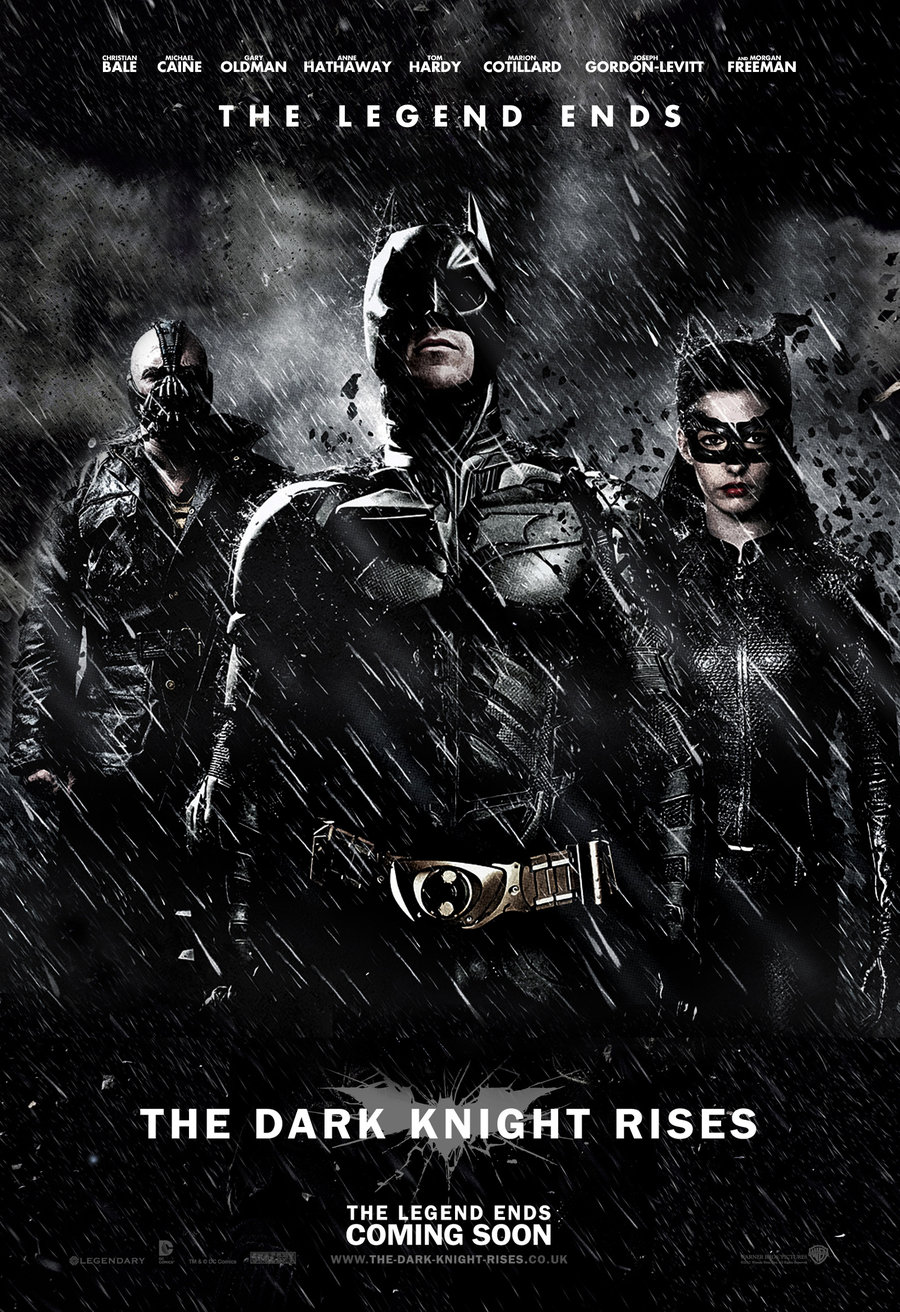